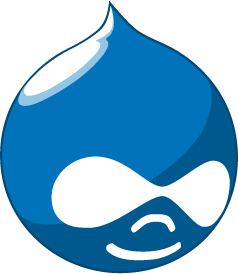 With the continuation of technological development like maturity in digitization, today's world is completely different and has been speeded up to greatest extent. The numbers of ventures are growing day by day and all such trades have been shifted to the virtual world, just because of its swift global reach. Almost all kinds of corporate is now living on web. And that is the reason behind the rise of web development teams in such way.


On the process, on web development aiding purpose, different kinds of platforms are being built on which websites are now being developed and this is all because of gratifying the end-users. Businesses like community portals, online newspaper, magazine and publication, schools' and churches' sites, e-commerce and content storage sites are highly in demand for best customized themed websites, on which easy content storage or any kind of user customization facility is available.


To fulfill such demands one open source platform has been created and that is Drupal. Drupal is free, an open source web development platform for online content users and communities. As it is best themed open source online application, so, it is being run on billions of websites and some examples are like Examiner.com, Stanford University and World Economic Forum.


Through the use of Drupal web hosting, web developers can be enabled to put theme like categorization of different fields. E.g. on any e-commerce site, the owner would like to store the shoe collections on the shoe category only, clothing collections on clothing category, apparels are to be stored on apparel category, hence, there must be 10-15 categories for different kinds of items. This categorization facility can be availed only through the use of Drupal. Drupal has a multi-users facility. It lets the end-user log in and customize the page as per his/her portal requirements with the help of hosts of tools like add-ons and all additionally.


Drupal performs two more tasks, one is hosting your site and promoting your site in Twitter, facebook, and on other web worlds. There are sufficient reasons behind the popularity of Drupal web Hosting, India, especially. Because, in India, the numbers of small businesses have been risen up is pretty appreciable. So, to receive the best return from businesses like content services for various products or about any organization, Drupal must be used as it provides ease to design the portal and improve on demands as well.


Drupal has proven itself repeatedly in the field on sites with over a million pages, and at over 20,000 requests per second. Its core installation handles over 99 percent of use cases, while free optimization tools and a large base of Drupal-trained administrators address the other one percent.


Drupal site designs come from "themes", whose visual presentation is described in standard CSS. Drupal.org hosts hundreds of free, fully customizable themes, including several "base themes" to help you launch your own designs.


Drupal runs millions of web sites, including many of the world's biggest. It's especially strong among major governments and industry-leading enterprises, but is easy enough to be the platform of choice for individuals and small companies.


Drupal is used by thousands of high profile web sites and is subject to rigorous security testing both by the Drupal community and by security experts around the world. Drupal's core code has been proven to prevent common security vulnerabilities such as those defined by the Open Web Application Security Project (OWASP).

Domain Names Most Popular TLD's are Available to chose from .com .net .org .in Learn More