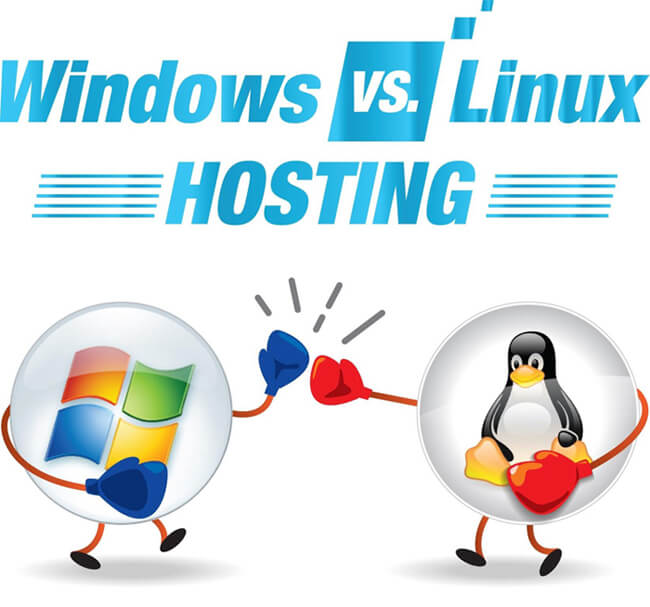 Windows and Linux are two different types of operating systems available to the users of computer. Linux OS is comparatively more secure than Windows but Windows is more user-friendly than Linux. And Linux have more features a web designer expects. Linux is open free source; web hosting company need not pay license fees for using Linux as their host servers. That's why, web hosting companies offer low price for such type of web hosting.

Linux as well as Windows both are equally compatible. People unnecessarily worry when they use a system that’s different from their web host thinking it won’t be compatible. But the fact is that the things which run on the web host are specially crafted to run on a site and they won't be the things that will run on a personal home computer. In web hosting, irrespective of what you use either Linux or Windows one can access his website using a web editor like FTP or SSH or even by using your web browser. The user interface you use is same for both the OS your web host use. Difficulty of user interface depends only on the web editor not on the web host.

If you want to use a Windows web hosting package you need to have some softwares which rely on “Window Specific Technology” like ASP, .NET, Microsoft Access and Microsoft SQL Server. Having all these technologies, using a Windows hosting is convenient. But when you use Linux web hosting package you can do there itself; you don’t need any of such softwares for web hosting. For an amateur, who wants to start a blog or sell things with a shopping cart and don’t need any special requirements should opt for Unix based host that is the Linux Web Hosting. As they are free and run smoothly. Majority of shopping carts and blogs run on a Linux hosting. For those customers of web hosts who need PHP and MySQL database, Linux is better option even if those PHP and MySQL can be run on Windows due to smoothness.

In design and publishing of the website, web editor is the user interface many work with. It should have an “easy to use” aspect as it all depends not on the operating system of the web hosts but on the tools the user choose to install in his computer. In a nutshell, if you like to use Windows technologies like ASP, .NET and MSSQL on the website, it's better to get Windows web hosting. Else if you have no idea about "ASP, .NET, MSSQL or Access" it would be easy if you get a Linux web hosting.