Dedicated Server or Shared Server – Which one is the Best? 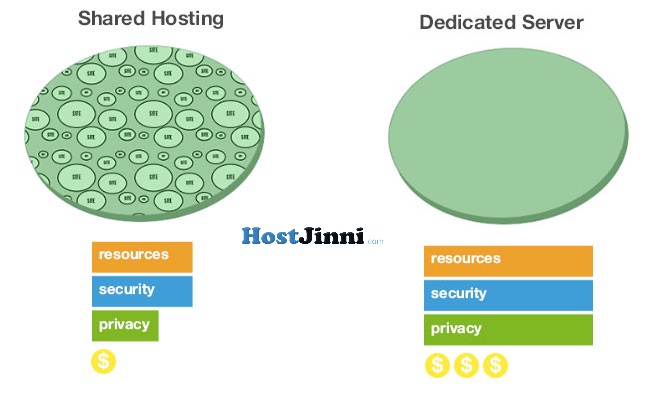 When it comes to website hosting, the two options which are available are the dedicated server and the shared server. We help you to identify the ones which are more beneficial to you and also for your business. Our team has identified certain differences between the two which are –

Websites Hosted on a Server: When it comes to shared hosting packages, multiple websites have a server along with your website but in the case of dedicated hosting services, only your website would be hosted on any server which you have availed.

Technical Skills Requirement – In shared services the maintenance as well as the security facilities are managed by the service provider thus reducing the costs. But in the case of dedicated servers, the entire process of setting up, monitor and managing the servers are up to the sole user thus elevating the required demand of technical knowledge.

Security Facilities: When it comes to shared hosting, the required safety features such as firewalls and security system are installed by the hosting service provider himself. So the amount of effort required for installing security facilities is low. But on these servers, the threat of malware is high because several users are using the same network and there is no control of one over the other. But in the case of a dedicated server, security is the responsibility of the sole user. Also, the user is in control of the security system he installs. This results in much less amount of malware, spyware and deadly viruses.

Blacklisting Of the Websites – In the case of shared servers the risk of getting blocked is high because the other systems might be engaged in spamming or other malpractices. In the case of dedicated servers, no such threat is there as one can control his activities. Until and unless any unethical internet practices are followed one does not get blocked while using a dedicated server.